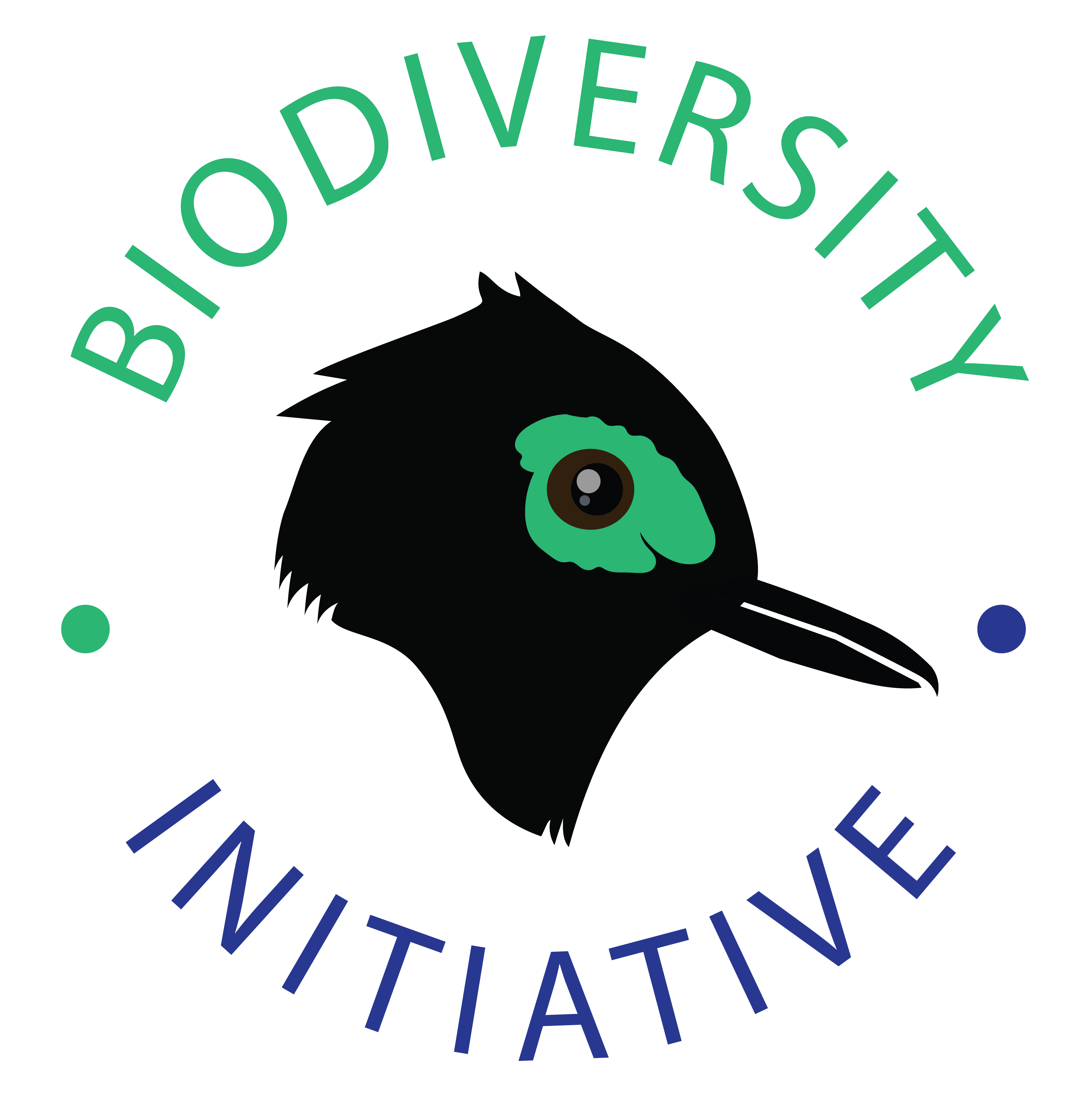 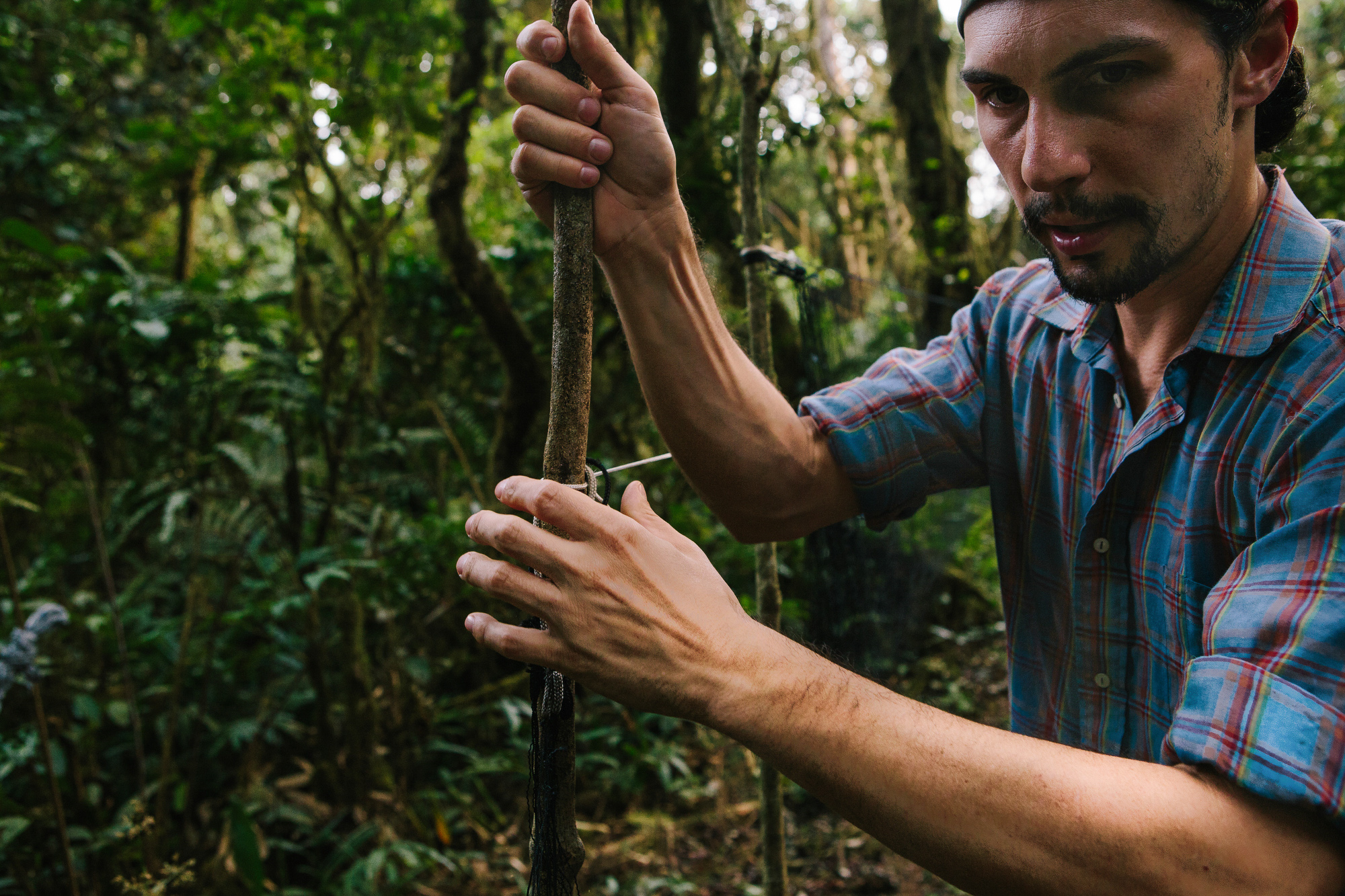 Luke L. Powell, PhD, is the director and co-founder of the Biodiversity Initiative. Luke is a research fellow at Durham University Department of Biosciences, and a Marie Curie Fellow at University of Glasgow. He received his Masters at the University of Maine, where he studied ecology and conservation of the rare and declining Rusty Blackbird, and received his PhD at Louisiana State University, where he studied the effects of rainforest disturbance on birds of the Brazilian Amazon. He has been working in tropical rainforests since 2005. 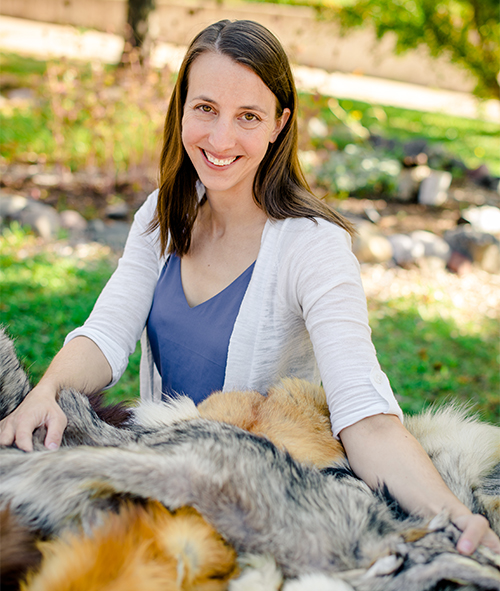 Kristin Brzeski, PhD, is a co-founder of Biodiversity Initiative and Assistant Professor at Michigan Technological University. Kristin’s work in Equatorial Guinea focuses on conservation strategies for Protected Areas and capacity building. She uses a wide range of tools including genomic sequencing, camera traps, and field-based techniques to best understand, manage, and conserve natural resources both in Central Africa and in North America. 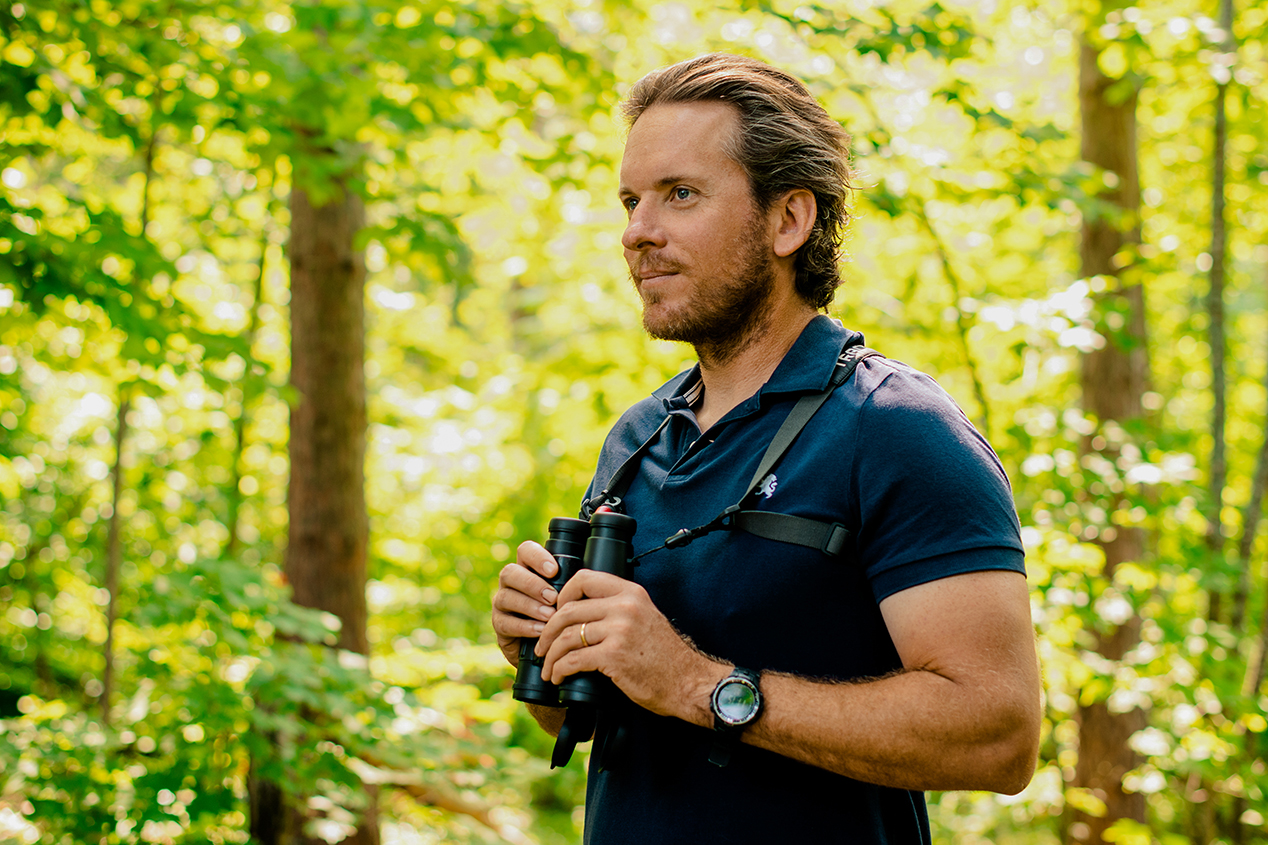 Jared Wolfe, PhD, is a Research Assistant Professor at Michigan Technological University and co-founder of Biodiversity Initiative. Jared has spent 15+ years working with tropical birds in Africa, Central and South America where he studies effects of climate and habitat change on sensitive bird species and wildlife communities. Jared also works with managers in North America to integrate wildlife management and conservation into sustainable forest stewardship. 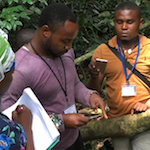 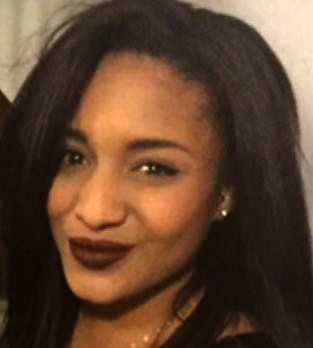 Taylor Smith is BI’s Development Manager. She studied Ecology and Evolutionary Biology at the University of Toronto, Canada and received her Masters in Global Wildlife Health and Conservation from the University of Bristol, England. Now based in Scotland, Taylor works in funding development across nature conservation organisations. She focuses on managing stakeholder relationships and securing financial support for BI’s research and work programmes. 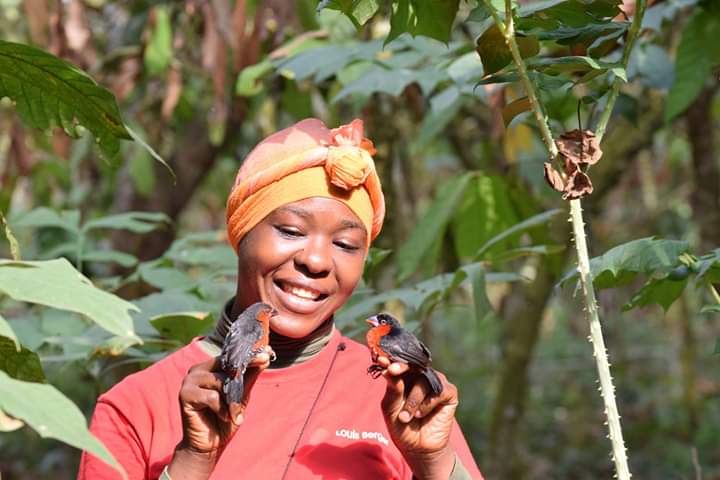 Mélanie Tchoumbou is BI’s Sustainable Cocoa Workshops Manager in Cameroon and Ornithological field technician in BI’s ongoing Cameroon cocoa farm research. She has a Master’s degree in Animal Biology from the University of Dschang, Cameroon, and is studying the impact of deforestation on bird communities and avian haemosporidian parasites in a tropical rainforest of Cameroon. 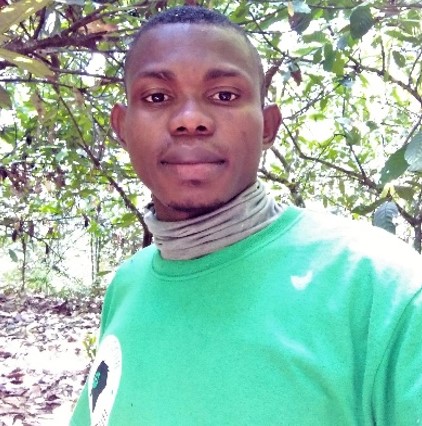 Kowo Cyril, MS, is BI’s in-country manager for Cameroon and also oversees insect collection and sampling of cocoa pests in BI’s ongoing research in cocoa farms in Cameroon. He obtained his Masters in Vector Biology from the University of Buea, Cameroon and is currently pursuing a PhD in the same university in the department of Cellular and Molecular Parasitology with focus on deforestation disease ecology in the context of mosquito-borne diseases. Laura Torrent Alsina, MS, is BI’s chiropterologist and logistics coordinator. She did her MSc degree at the Czech University of Life Sciences in Prague, focusing on the role of temporal lakes and ponds in bat conservation in the Neotropical rainforests. Laura has worked on bat conservation and ecology projects in Catalonia, Poland, Mexico, Madagascar and Equatorial Guinea. She has participated in European Bat Symposiums and assisted in bioacoustics workshops in France, Spain and Norway. In addition to her research abroad, Laura works with Catalan organizations doing bat surveys, monitoring bat boxes and giving environmental awareness talks. 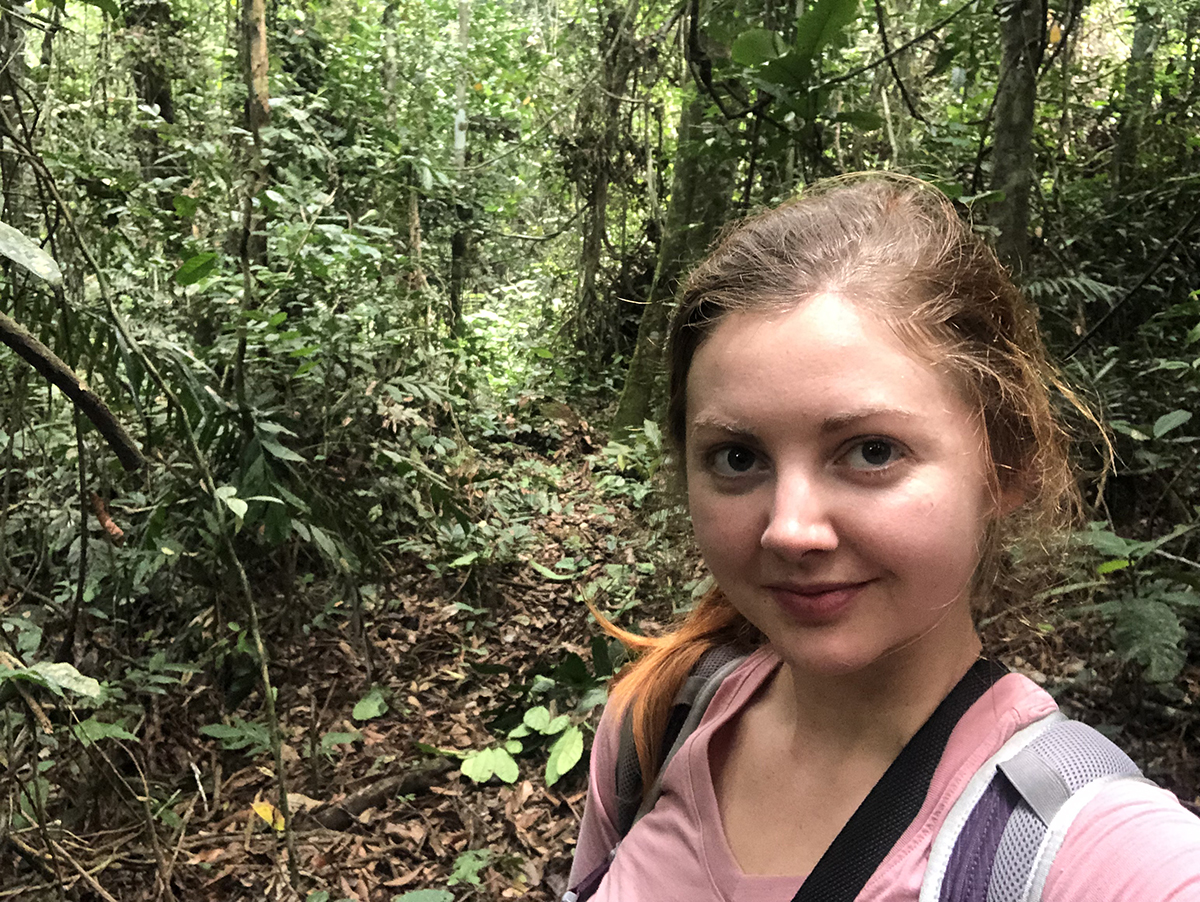 Tiff DeGroot is a Ph.D. student in the Brzeski and Wolfe Laboratories studying mammalian biodiversity in tropical forests. She is using camera trapping and DNA metabarcoding of carrion flies, a promising new genetic method, to survey mammals in Equatorial Guinea in Central Africa. Tiff earned a B.S. in Biochemistry, Molecular and Cellular Biology at the University of New Hampshire, and has worked in the global wildlife conservation nonprofit space since 2017. She is interested in the interaction between humans and wildlife, and applied conservation to mitigate effects of these interactions. 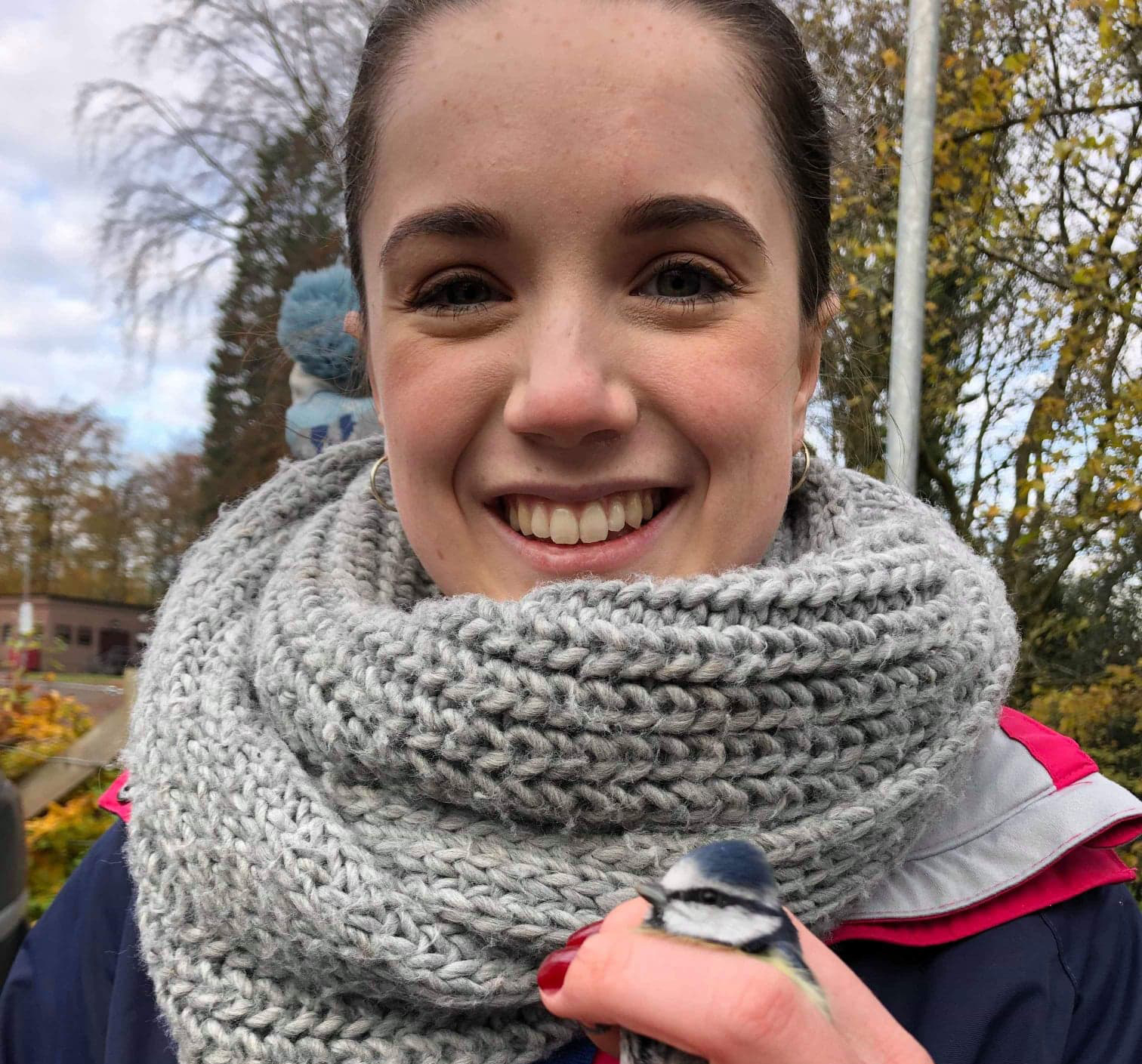 Ellie Barrie is a masters student at the University of Glasgow who is focusing on the differences in bird community structure between primary and secondary rainforest. She previously did her undergraduate degree at Glasgow where she investigated the foraging ecology of Northern Gannets using stable isotope analysis. She has also carried out fieldwork in the Outer Hebrides, studying the ecology of machair grasslands and their fauna, including wading birds and bees. 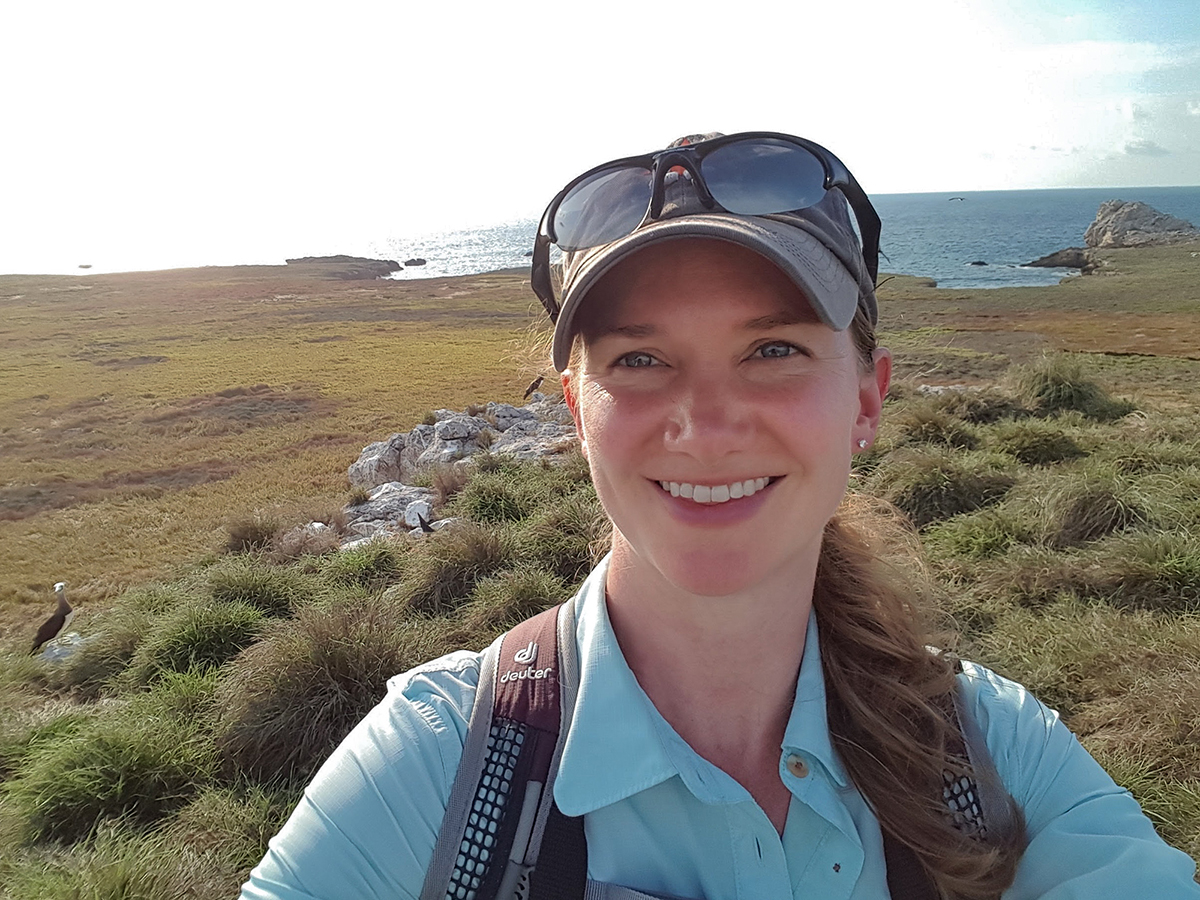 Andreanna Welch PhD, is a research assistant professor in the Department of Biosciences at Durham University. Her research centers on gaining a better understanding of the amazing biodiversity that we see around us today, how it arose, and how it has changed and is changing through time. She works on multiple scales at the intersection of ecology, evolution, cellular biology, physiology, and conservation. She uses a variety of genetic techniques, ranging from DNA metabarcoding, population and phylogenomics, transciprtomics, to full genome sequencing. 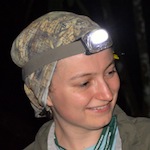 Crinan Jarrett  is a PhD student at the University of Glasgow’s Institute of Biodiversity, Animal Health and Comparative Medicine. She is focused on seasonal fluctuations in the bird community in cocoa farms and primary forest in Cameroon. Hailing from Catalonia, she has spent much time monitoring bird populations in Scotland through hundreds of nest boxes.

Diogo Ferreira is a Ph.D. student at the University of Porto’s Research Centre in Biodiversity and Genetic Resources. Since traveling to the Amazon to sample bats in 2014 for his Master’s thesis in Conservation Biology, his research interests shifted mainly to bats and their conservation. Diogo has worked on bat conservation and ecology projects across the world, including Portugal, Spain, Germany, Brazil, Kenya, Cameroon and Equatorial Guinea. For his Ph.D., Diogo is studying bats and food security in Cameroon using both mist-netting and bioacoustics, with the goal to promote sustainable cocoa plantations through bat ecosystem services. 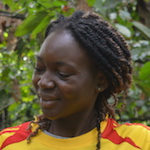 Tabe Tiku Regine Claire, MS, is an ornithological technician for BI. She received her Msc from Cameroon’s University of Buea, where she studied avian malaria. Claire is in charge of bird banding for BI’s cocoa project. Claire received a prestigious Master’s fellowship from GCRF; she is studying at the University of Glasgow’s Institute of Biodiversity, Animal Health and Comparative Medicine. She will study bats and birds that eat Malaria-carrying Anopheles mosquitoes. 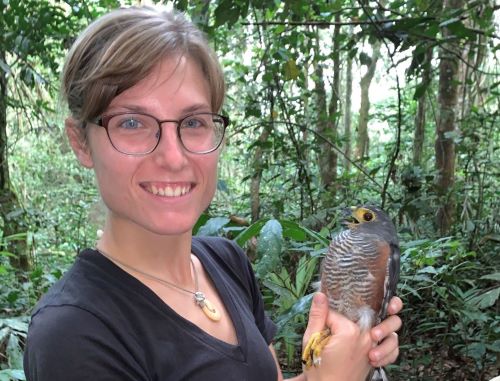 Billi Krochuk is an MSc student in the Jankowski Lab at the University of British Columbia. She is particularly interested in understanding how holistic landscape investigations can better inform our understanding of avian community dynamics across the Afrotropics. Her MSc research investigates how avian diversity respond to changes in forest structure as a result of selective logging. She completed her BSc & BSc Hons at the University of Cape Town where she worked with the Fitzpatrick Institute studying Pygmy Falcons in the Kalahari. She is interested in how traditional ecological knowledge and community-based management will transform conservation practices in Africa. 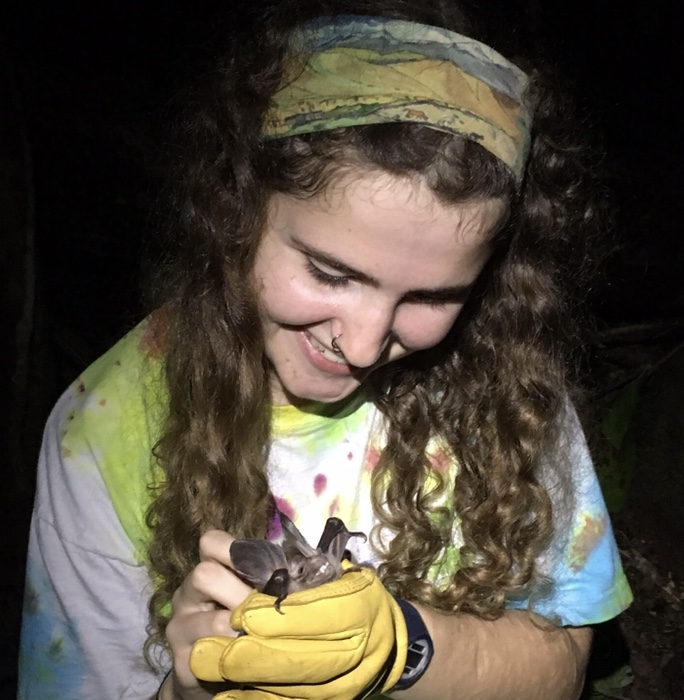 Alexandra Darling is a master’s student at the University of Glasgow. During her undergraduate degree she took part in two expeditions to Guyana where she carried out baseline surveys on bats and studied how lunar activity influenced bat community structure. She has also been involved in monitoring bats in Scotland and has taken part in conferences and numerous outreach platforms to raise awareness about the importance of bats. She is studying how different cocoa farming management types affect Cameroon’s bat community for her master’s thesis. 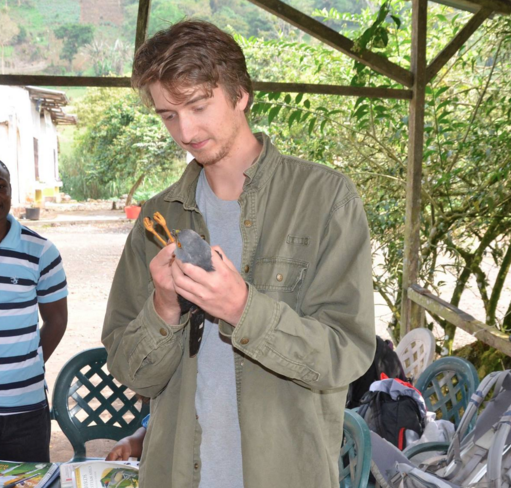 Jacob C. Cooper, MS,  is an ecologist and evolutionary biologist working on his PhD at the University of Chicago and the Field Museum. His work focuses on the birds of Central Africa, but his publications span multiple continents. You can read more about his research at his personal website. 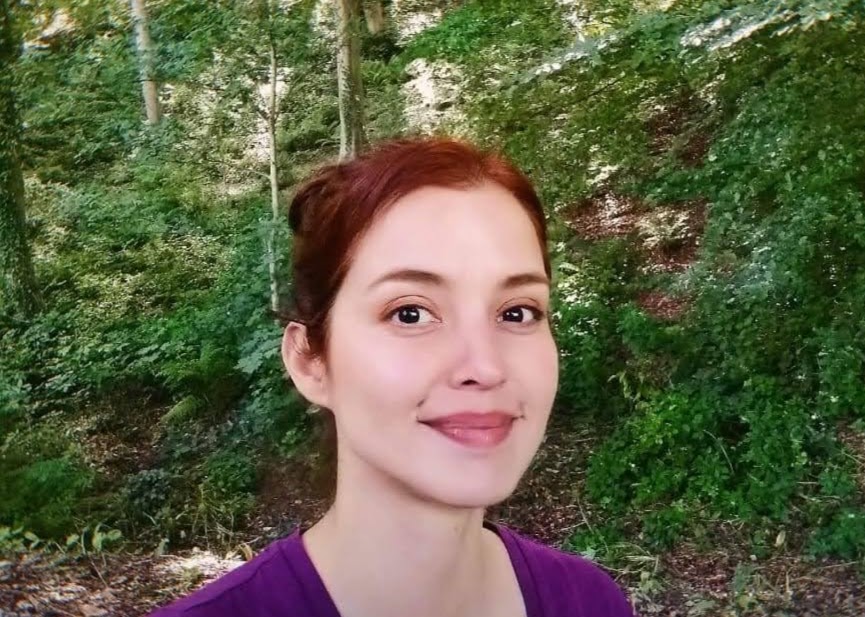 Alma Lisssette Sanchez Quinones is a PhD student at Durham University at the Ecological and Evolution Genetics Lab. She is researching the significance of biodiversity in ecosystem services and disservices in African Cocoa farms. In particular, she is interested in understanding the interactions and services of pollinators and key species through an interdisciplinary approach, from molecular biology to social sciences, for an ecologically and socially sustainable management. Panagiotis Nikolaou is a masters student at The University of Glasgow who is focusing on the biological and physiological effects of rainforest degradation on different bird communities in Equatorial Guinea. He previously studied Biology at Lancaster University where he investigated whether the breeding experience and social learning affect the structure of blue tit nests. He also conducted a study in association with the Ministry of interior Game and Fauna Service of Cyprus to try and understand the abundance and behaviour of the Cyprus coaltit. 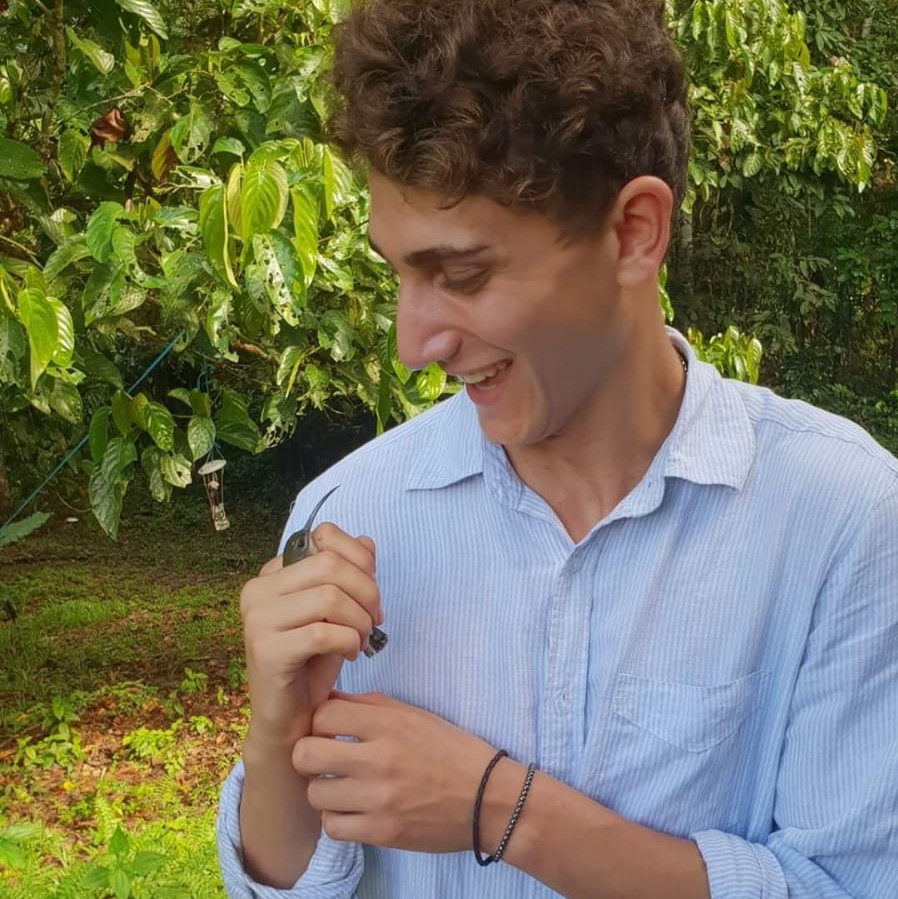 Josh Hothersall is a master’s student at the University of Glasgow. He is currently investigating cryptic bat species from cocoa farms in Cameroon, analysing their diet and genetics. He previously completed an undergraduate degree at the University of Oxford, where he was involved in research on human genetic ancestry, as well as investigating fish diversity in tropical forests in Borneo. 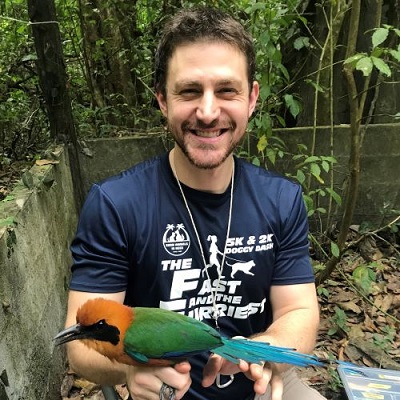 Henry Pollock, PhD is an integrative ecologist and postdoctoral researcher at the University of Illinois at Urbana-Champaign. His research takes place primarily in the tropics and focuses on understanding and mitigating the negative impacts of environmental change on species interactions and wildlife populations. In Africa, Henry is currently interested in understanding the role of Dorylus driver ants as ecosystem engineers, particularly their ecological importance and the impacts of forest degradation on their interactions with ant-following birds.